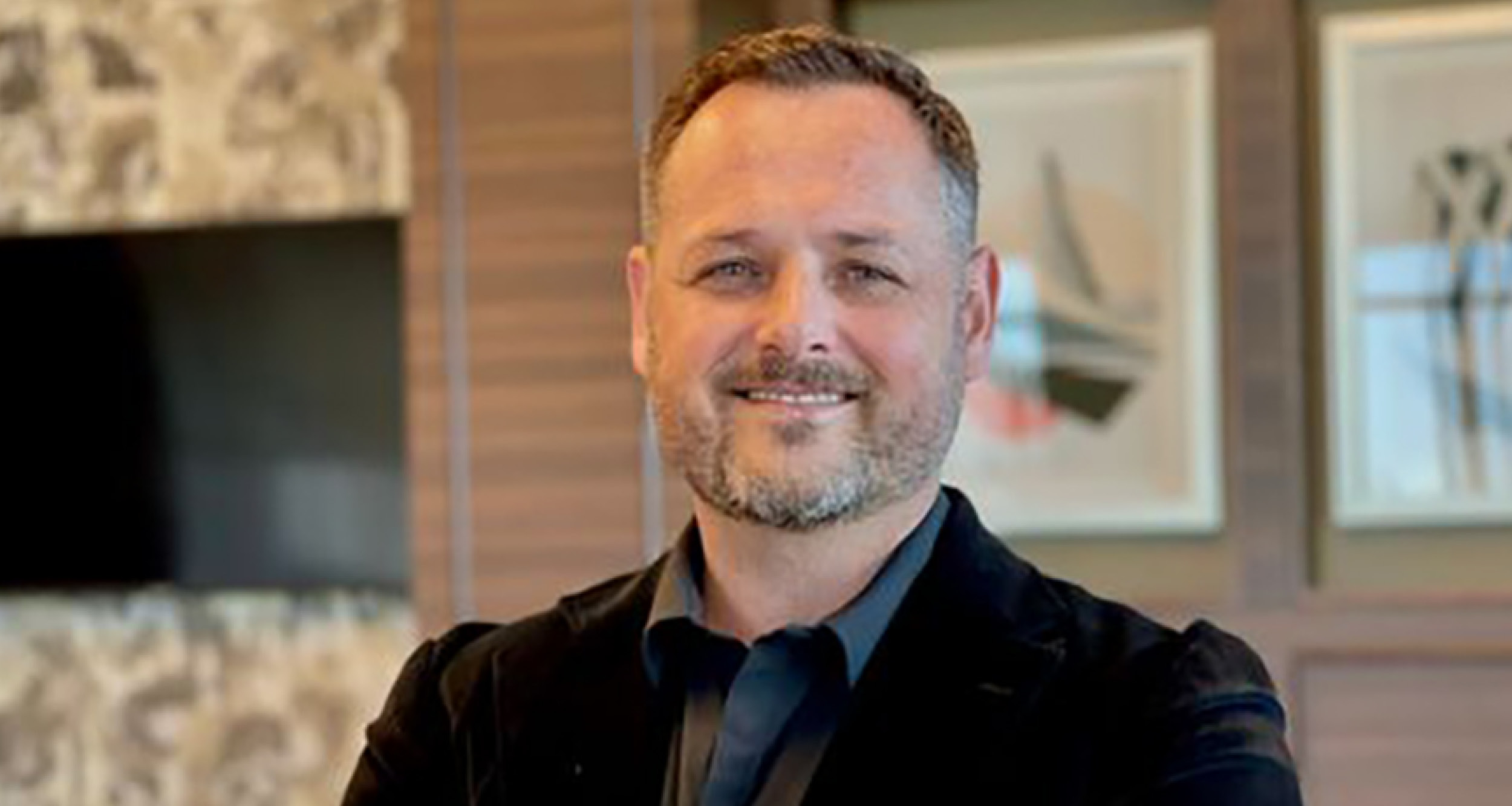 This is a summary of an interview between Ziwani’s Lise-Marie Keyser and Paul Venter, the Founder of ONTDEK, a US-based company specialising in establishing trade between Africa and North America. He is passionate about how redemptive business is the key to unlock the potential for Africa as an important source for the rest of the world. You can listen to the podcast here.

“The problem we’re trying to solve is that the market is in one part of the world, and the suppliers are in another part of the world,” explains Paul Venter, Founder of ONTDEK. “Our goal is to increase trade between Africa and the United States in a way that has a positive, enduring impact on the people.”

ONTDEK takes its name from the Afrikaans word meaning ‘to discover’, and “it definitely has been a journey of discovery,” confirms Paul. “We started off as a company that owns our own brands; later we added a few brands through license and trade deals, and then became known as a route-to-market platform with the capability to move goods from Southern Africa to the North American retail market.”

In business to ‘do good’

Paul and his family relocated from South Africa to the US in 2012. Such a big move comes with a lot of uncertainty, and they found clarity around the calling God had on their lives in Titus 3:8 (NIV): “…those who have trusted in God may be careful to devote themselves to doing what is good. These things are excellent and profitable for everyone.”

Paul, therefore, offers some advice for aspiring entrepreneurs, “When we overlay this verse with who we are, we get an idea of what we are supposed to do. We need to do good with what we have in our hands, do it with excellence, and do it profitably in business.” As Titus insists a bit further on in his biblical letter, “Our people must learn to devote themselves to doing what is good, in order to provide for urgent needs and not live unproductive lives” (v14).

Paul continues, “We are grateful that we were born and raised in South Africa, and now we are also grateful Americans. We want to bring the best from Southern Africa to the US, because that represents who we are. And if we do this well, it will ‘do good’ to all involved.”

The challenges of entering a new market

Of course, there are many challenges in entering any new market, especially one as competitive as the US retail environment. Paul agrees, “It is easy to become overwhelmed by the complexity and uncertainty. There is so much to relearn in a new culture, workplace, tax and legal system. Sometimes the simplest thing can become a roadblock.”

Yet the lack of knowledge can be addressed quickly – overcoming the lack of relationships is what takes a long time. Paul comments, “We found that one of the most significant missing links is the sudden lack of trust relationships. Without these, a business cannot be productive. Americans are kind and generous people, but it still takes time to earn their trust.” Which is part of what makes ONTDEK such a strong partner for entrepreneurs from Africa wanting to distribute their products in the US – they can leverage not only ONTDEK’s expertise, but also their network of authentic relationships. As Paul mentions, “ONTDEK assists manufacturers to cross a bridge that we have already crossed.”

Reflecting on their season of establishing ONTDEK, Paul states, “In hindsight, the most powerful (and obvious) realisation is that God is in both countries. He is simultaneously in South Africa and in the US. Instead of trying to figure out all the new things by ourselves, I wish we had kept our focus on God’s will and purpose for us. That way we would have been less paralysed by fear, and would have been bolder in our actions.”

He elaborates, “When we align with God’s perspective, having to learn how a new tax system works changes from being a roadblock, to an administrative task within a bigger framework. Layering God’s purpose over what we do as entrepreneurs gives us a boldness that wasn’t there before. I am a firm believer that if He has given you the vision, He will also give you the provision,” Paul says.

“At ONTDEK, we are still learning what it means to do business as Christians. We strive to be obedient, to keep learning, and to do everything with excellence in order to have a positive testimony.” He is quick to point out, however, that the breakthroughs in their growth trajectory did not come about by their own clever strategy. “The key moments that catapulted our business forward came to us – we didn’t make them happen,” he asserts. “We just try to ‘show up’ when opportunities present themselves.”

A shift in the US-Africa trade relationship

Many of the brands marketed and distributed by ONTDEK are consumer goods based on agricultural products, such as Bossi (organic rooibos tea), Abstinence (award-winning non-alcoholic spirits), and Rozuri (all-natural, luxury skincare products). This has given ONTDEK a close-up view of how the agricultural trade relationship between the US and Africa has changed over the last few years.

1) “The average American investor used to be very focused on their own territory, simply because there are so many companies to invest in. The US investment landscape has shifted to seek out more international opportunities than before, and this includes Africa.”

2) “This shift has been visible in general investment trends, but has been even more pronounced in the allocation of impact capital. Impact capital (and specifically faith-based impact capital) is seeking geographies and opportunities that can generate financial returns while doing good for humanity.”

3) “What has also been unintentionally beneficial for Southern Africa, is the shift in trade between the US and China. China is still the US’s largest import partner, but we have seen American consumers moving away from buying Chinese goods at an aggressive pace. It seems to have little to do with political relations between the countries, but rather with concerns about food safety and labour practices. This leaves a substantial gap for Southern Africa suppliers, who are well positioned to fill that gap. A great example is the fresh produce exports from South Africa to the US, which according to some estimates increased by as much as 75% in 2020.”

4) “Another trend is that international consumers are becoming increasingly sophisticated in their choice of natural remedies – they are actively seeking out products that are responsibly sourced and have a high nutritional value. African botanicals fit this trend very well, being unique to the region, and offering great benefits at competitive prices.”

“There are great export opportunities for Southern African suppliers,” Paul believes. “But in order to enter the US market in a meaningful way, some of the international investment concerns and supply challenges (such as the high levels of corruption, low levels of efficiency, the lack of required infrastructure, and issues with exchange control) do need to be addressed.”

A counter-intuitive approach to international trade

Counter to many companies operating in international trade, the ONTDEK team is passionate about adding value, rather than extracting it. Paul asserts, “The drive to ‘add value’ is rooted in our faith – if we can benefit everyone we work with, our business has a reason for existence.”

One of the ways they do this, is by integrating the supply chain – by bringing manufacturers and consumers closer together. “The most intuitive way for entrepreneurs to enter a new market is via an importer or distributor. This approach seems attractive, because the importer buys your goods upfront, and carries the risk of selling into the new market. By implication, however, someone buys at the lowest possible price point in Africa, and sells as high as possible in the other market,” he explains. “Although the margins in many international markets allow for intermediaries, the US market is too competitive. The fewer connections between you and your customer, the higher your probability for sustainable success.”

He continues, “The two most important factors influencing value creation in the agricultural industry are technology, and an integrated supply chain. The more intermediaries between the source and the ultimate consumer, the less value remains with the source, and the more the shelf price increases – so both ends of the supply chain suffer through this approach.”

“ONTDEK wants to do business in a way that uplifts communities. On the one hand, we want as much value as possible to flow back to the manufacturers – for them to have the additional income to be able to do things that are important, such as break the poverty cycle, and uplift education levels. On the other hand, we also want our customers to buy at the lowest prices possible.” The point he makes is that, “We don’t want to ‘take’ from America and ‘give’ to Africa – we don’t want to add value only to the Southern Africa dynamic, we also want to add value where we live and work.”

Africa should develop and drive its own solutions

Paul is convinced that “the world needs what Africa has to offer. It is such a beautiful and culturally rich place, one that cultivates unique offerings. God designed the people in Africa with purpose, and whenever they live from this purpose, the world benefits. Africa is not a poor place. In some cases, it may be an unproductive place, but we see it as an important growth market.”

Mention the words ‘Africa’ and ‘international investment’, however, and many examples come to mind of projects funded by donations, loans, or impact capital – that unfortunately failed to bring about the desired results.

Paul responds that both giving, and investing, has its role to play in Africa. He recalls an illustration by David Cary (a fellow Texan), “The differences between philanthropy and impact capital can be equated to the differences between the emergency room (ER) and the rest of a hospital. The ER helps to stabilise the patient and stop the immediate suffering, while the rest of the hospital focuses on cure and rehabilitation.”

He continues, “By now, most funders have realised that they may cause an unhealthy dependency, instead of doing the good that is intended. Part of the realisation is that including a profit motive generally has a better chance of sustainable impact than donations.”

It is also important for the people from Africa to develop and drive their own solutions, and for international investors to lean into local relationships. “Just like we felt out of place in the US at first, I am sure most foreigners feel out of place in Africa,” Paul says. “The need for trust relationships, and its diverse circumstances, require that Africa leads the world on what is best for Africa. Solutions can be supported, and technologically elevated, but cannot be sustainably driven by an outside source.”

How amazing that one family’s entrepreneurial journey ‘to discover’ has become so much wider and multi-faceted – for Americans to discover amazing products from Africa, for Africans to discover an international market, and for everyone involved to discover that business can, in fact, ‘do good’.